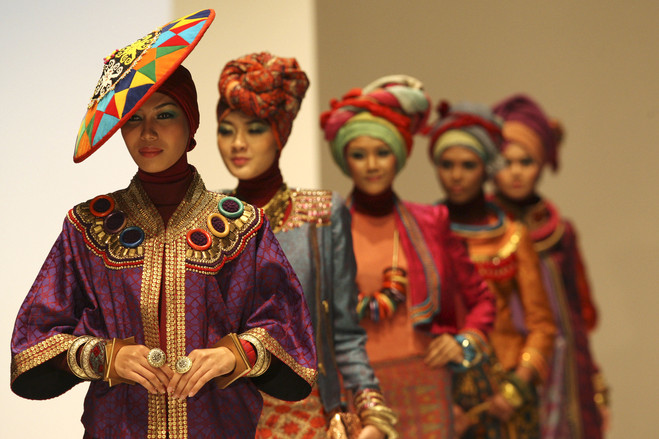 Home economics was that class that really didn’t feel like a class. It helped hone one of the many things I can do today; such as seam a dress.

Clothes are one of those things the devil could use to try to lure or get me to be attracted to this dunya…they are just so amazing don’t you agree? It’s fine if you don’t agree. The good thing is I’m not a hoarder of clothes, I just really love them. So imagine my excitement whenever I read the ayat in the quran in suratul khaf where Allah said:

“These! For them will be Adn (Eden) Paradise; wherein rivers flow underneath them, therein they will be adorned with bracelets of gold, and they will wear green garments of fine and thick silk. They will recline therein on raised thrones. How good is the reward, and what an excellent Murtafaqa (dwelling, resting place e.t.c)! [18:31]

I’m very glad Allah revealed that ayat and of all the colours in the universe He chose green; my favourite! I’m dancing on clouds right now; that’s the REAL temptation.

One of the things I’ve always wanted to do was attend a fashion show (just cause I love clothes and would love to see them presented for the very first time), it wasn’t until recently that dream became a reality.

If you started this blog with me, then you know my story; I wasn’t always a hijabi but since I started veiling, I quick started making small changes to my wardrobe such as getting rid of things I know would contradict the hijab if I were to wear it out. I must say it’s been a challenge finding stores that sell decent looking clothes that are also well tailored to my taste. So far so good inayah is my favorite (they don’t only sell abayas but everyday casual clothes) but I needed other options.

So one evening whilst exploring random posts on Instagram, I stumbled upon this picture:

I said to myself yes! The timing couldn’t be more perfect. I knew very few muslim designers, here was the chance for me to know more and even better meet them in person. I immediately tagged Fatima (my friend) if she was interested and apparently I beat her to it; she was also going to ask if I was interested. We purchased our tickets that evening and had something to look forward to outside uni.

The event was programmed to start 5:30pm prompt and end 10:30pm; we had no intentions of remaining that long. I arrived at the hotel and was impressed at the turn out; there was about 100 or more of us. After getting past security, I met fatima on the inside who had arrived a little earlier.

We all had to wait outside this long hallway (where all the other exhibitors had their stand and items displayed). Several rounds of interesting looking cocktail drinks were being served, but I went with my basic guava juice; another thing I love.

View of the hallway

Whilst waiting, I rested against a wall and conversed with Fatima when all of a sudden she said “Hasiya move! You’re blocking her”. I spun round with an apologetic look and was faced with an elderly woman that was either Malaysian or Indonesian.

“It’s fine dear” she smiled. I couldn’t stop looking at the bottom of her velvet abaya; the details were so exquisite. Fatima and I continued talking and many times I found myself stealing more looks at her.

“How much longer do we have to wait? They said 5:30” the woman interjected and Fatima and I started laughing. But right after she asked, a woman came out and asked for everyone to come inside, the three of us then exchanged smiles and parted ways.

The inside was pretty dark as you can see, but the instruments playing on the background was so entrancing that I could barely keep up with what Fatima was saying. If I recall well, our table was 35 a bit far from the runway; which was a bit disappointing. When purchasing the ticket you had the option of picking a table, Fatima suggested 5 that it sounded close and I agreed. It turns out five was 35, those sneaky people.

The night was kick started with a belly dancing show. I would say the urban muslim woman show in total was well organised and entertaining, the only problem was it was too long. I’m reluctant about attending another; not in the nearest future anyways. Having to sit for close to five hours straight is not fun.

Just before we were served our appetisers, I felt the strong urge to throw up. It was the drink. I was coaxed into trying the orange/mango juice and it just didn’t mix well with the guava I had earlier on before. Fatima kindly handed me her breath spray, but just to be safe I headed straight to the restroom.

I got to the restroom and was surprised at the number of women lounging around, adjusting their make up and taking selfies of themselves. I spritz some of the mint spray and my discomfort was quick to leave. Just as I was about to exit the restroom, I saw this huge mirror and I thought why not?

In the middle of my mirror selfie, this woman came up to me and asked if I could please take pictures of her with her phones. I replied sure, no problem. She was very pretty and I noticed she wasn’t wearing a head scarf like the rest of us. I stopped and wondered for a second if she felt uncomfortable in any way or felt that people were judging her for wearing her hair out openly. I guess it was fine; the event was an only sister event. Plus we all grow, In Sha Allah she will grow into it too.

After taking the pictures, she asked for my opinion on which I liked best, I made my pick and she posted it on her snapchat; that made me smile. We laughed a bit and spoke about random things, and as soon as I sensed she wasn’t ready to leave, I excused myself and told her I would meet her on the inside. At the time I left, a comedian was entertaining the crowd with her modest jokes and when I returned, she still had the audience attention.

Some of the designs:

My evening started to become interesting when the second to the last collection; the Sri Munawwarah came out. When the first model came out, I told Fatima “Sold! This is my collection”. My mouth dropped. Fatima who was seated on my right, started to doubt her favourite. Who in God’s name was the designer? We were both at the edge of our seats, straining our necks and waiting for the end to come; because thats when the designers come out and everyone applauds.

At last the designer came out and I squinted, why did she look familiar? I was ransacking my mind when fatima shook my shoulders vigorously and was like “Hasiya! Hasiya! It’s her! The woman you were blocking!” My eyes widened and I was like noo way! I would never have guessed she was one of the designers. It was funny because the whole time we were wondering who the designer was, not knowing we had already met her. Her stunning velvet abaya, it all added up now; she was wearing herself. Mashallah.

I present to you the Sri Munawwarah collection:

Towards the end, a fundraiser was held for orphans and in the lecture I learnt there was over 143 million orphans worldwide. That number made me loose appetite for the main course that was being served at the time.

“Who wants the blessing and reward from Allah for being first?”

Seconds later a hand flew up and everyone turned to look who. My eyes rested on the woman and my eyes widened…it was the woman I encountered in the bathroom; her name was Amara. Subhanallah. You see, she may not be observing the hijab like the rest of us but she was the first to donate something for a great cause. I was beaming on the inside cause I had the chance to talk to her. May Allah bless her and the 5 other women that contributed.

The fundraiser was rounded up by two people donating 10,000 and four others donating 5,000 each; totalling 40,000. One of the women removed her ring and gave it out for the cause. I was extremely proud of all of them.

Special guests included Mariah Idrissi; the first muslim hijabi model to cover H&M whose news made it all the way to CNN.

It’s great to know that theres a bridge being built where fashion meets modesty. H&M are well known for their scarves and maxi skirts; they are one of the very few high street stores that try to meet the needs of muslim women.

Inspirational speakers such as Mrs Haif aFahoum Al Kaylani (a very successful business woman and graduate of Oxford University) and Rabia Z (a renowned and successful fashion designer) took the stage and inspired us all not to give up on our dreams and that we all have the chance to be great. We were all given something; whether it’s the ability to talk or teach, don’t allow your fears or past failures stop you from pursuing further.

Fatima and I left just before dessert was served and as a result did not get the chance to network; we were just too tired plus it was getting late.

The whole experience I would rate as ****

See you in my next episode In Sha Allah ^.^

5 thoughts on “First Series: The Catwalk” 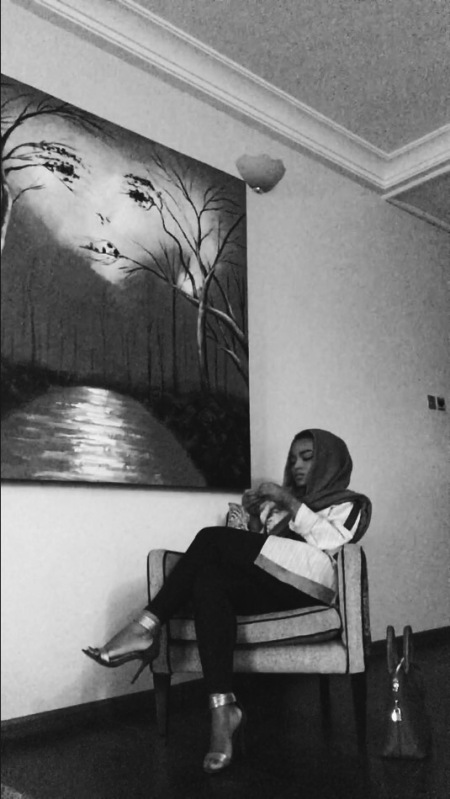